Skip to content
Home » About The Impact Factor Movies

“You make a difference, whether you want to or not.” 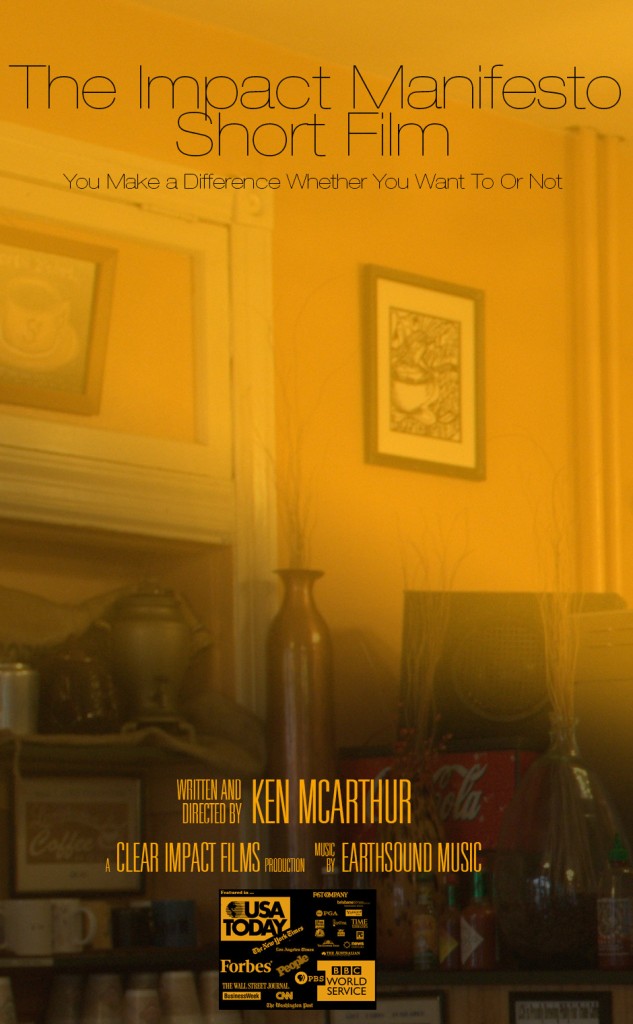 The Impact Manifesto is a short film about how we all make a difference, whether we want to or not that will be distributed by over 100 non-profit organizations to raise awareness and funding for their projects and programs.

Thanks to your votes, “The Impact Manifesto: You Make A Difference Whether You Want To Or Not” was selected for publication by Seth Godin’s brainchild “Change This.”

Filming is complete and The Impact Manifesto is now in post-production.

Ambition drives a rising young Philadelphia political operative to disgrace and she finds herself suddenly powerless to help when a rebellious girl on parole pleads for help and shows her what real impact is.

This is the story of Destiny Drifting and how small actions change the world.

This feature narrative film is a drama set in Philadelphia and shows the connections and relationships between a diverse cast of characters who live and work within five miles of Philadelphia City Hall.

It’s the story of the power and the yearning to be significant as seen in the elite of Philadelphia politics and a young girl living in the the despair of the Badlands of Philadelphia in the most violent and crime ridden neighborhood in the city.

It’s the story of how ambition drives a rising young Philadelphia political operative to disgrace and how she finds herself suddenly powerless to help when a rebellious girl on parole pleads for help and shows her what real impact is.

This is the story of how small actions change the world.

If you remember the movie “Crash” you will get a sense of how the city becomes a character in the movie as we travel from the halls of the Mayor’s office to the hopelessness of the Badlands.

This is a movie about seeing no options to be significant when the truth is we all have an impact on thousands of people whether we want to or not just by existing.

It’s about making choices to see the possibilities that exist when we expand our vision. It’s about how one girl who seems to have no options can impact the world and how that can spread to millions. 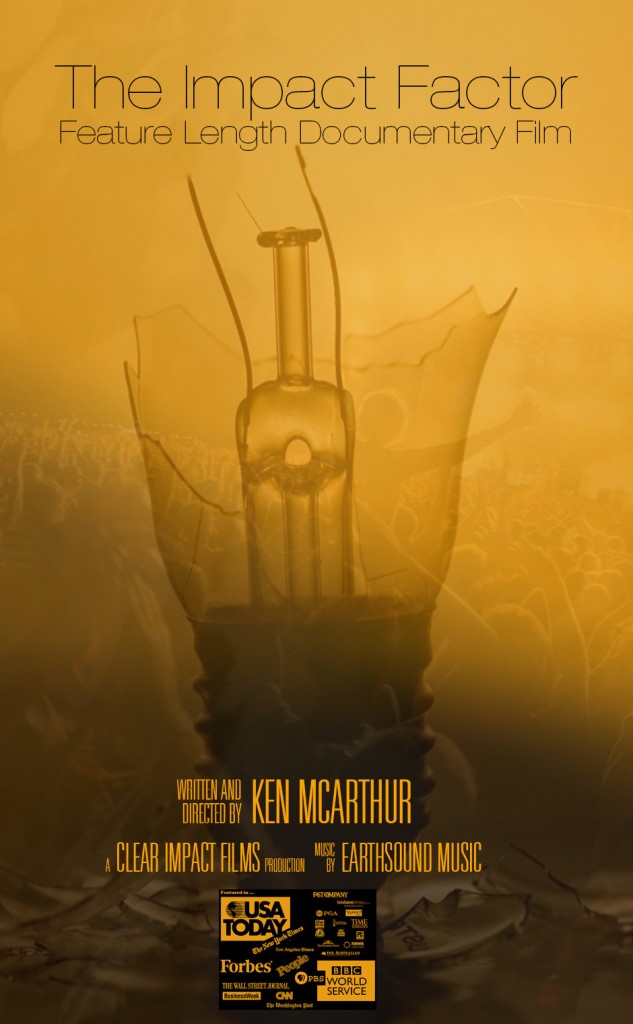 In this life-changing feature-length documentary, you will discover the secrets that enable powerful artists, scientists, authors, speakers, politicians, and ordinary people from all walks of life to impact the future of millions.

Discover the key insights that enable you to use art, science and technology to create your own powerful blueprint for creating significant impact, as you capture the world’s attention, motivate millions of people to champion your ideas and make a real difference in a very noisy world.

This powerful, persuasive and practical movie on creating powerful impact is loaded with ideas, insights and strategies shared by some of the most influential people in the world and distilled into crystal clear nuggets of wisdom that you can use this instant.  Your impact will explode.

People want to have an impact on the world they live in and make a difference through their life.

But, it’s not easy to be noticed in a world that is full of noise – unless you have a simple, proven blueprint that has been proven to work for anyone.

Think of a cross between Gladwell’s “The Tipping Point” and Cialdini’s “Influence.”

The Impact Factor reveals the key strategies used by some of the most influential people in the world as they create measurable and undeniable impact on millions of people.

The stories of these influential people – and the stories of less visible individuals, with equal impact – clearly and simply illustrate vital strategies that allow everyday people get their ideas noticed, motivate millions of people, change lives and make a real difference.

And… it’s backed up with science, common-sense and practical examples.

My goal with The Impact Factor is to have a huge impact.

People’s lives can be changed with a single movie.

Each person whose life is changed causes exponential impact.

And… we can make a difference.

Many best-selling business books, including The Tipping Point, Blink, The Wisdom of Crowds, and Freakonomics attract broad interest through the use of stories and examples than anyone can relate to.

These stories are drawn from widely divergent sources, often completely outside of the realm of business, backed with research.

Malcolm Gladwell uses the spread of syphilis in Baltimore to illustrate key points about the way that key individuals affect the spread of products in an “epidemic” of activity.

There is no feature length documentary that effectively and simply ties all of those factors together using simple stories and research to give everyday people the blueprint that they need to get noticed, build momentum and make a difference.

In the same way that Malcolm Gladwell, made social networks interesting, profitable and available to a broader audience this movie  will make creating impact accessible to anyone that wants to be noticed.

In the same way that Robert Cialdini  helped people see simple actions that can have exponential results in our ability to influence people, The Impact Factor will give people step-by-step actions that they can take to make a difference.

“Kenneth A. McArthur is one of the most low-key geniuses I’ve ever met. I’ve never met anyone with such a big brain who had such a big heart.”

“Ken McArthur is the #1 internet genius out there today: Bar-None! His expertise in joint ventures and mastering the Internet is absolutely by far second to none.” 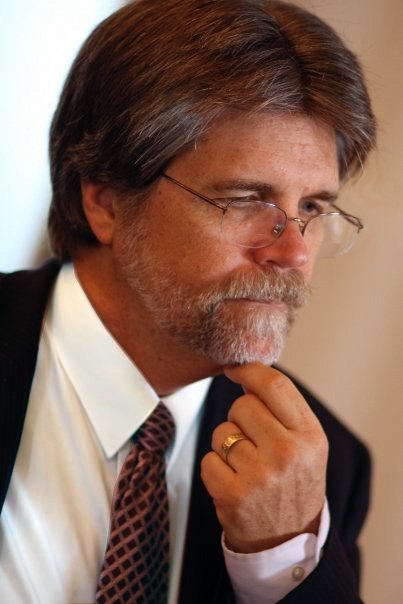 Who Is Ken McArthur?

Ken McArthur, best-selling author of “Impact: How to Get Noticed, Motivate Millions and Make a Difference in a Noisy World,” has enabled thousands of people to achieve amazing impact by championing the philosophy that partnerships and collaboration build value for everyone.

Selected by Fast Company as one of the 20 Most Influential People Online, Ken’s powerful call to action, “The Impact Manifesto: You Make A Difference Whether You Want To Or Not” was selected for publication by Seth Godin’s brainchild “Change This” which places his manifesto in the company of manifestos written by Seth Godin, Hugh MacLeod, Guy Kawasaki, Chris Anderson, Jay Conrad Levinson, Tom Peters, Malcolm Gladwell and Robert Scoble.

Ken challenges us to realize we ALL have an impact – whether we want to or not – on thousands of people who we touch in our day-to-day lives by demonstrating that simple things make a HUGE difference.

Regularly asked to speak at leading marketing events, he has managed product launches ranked in the top 400 sites on the Internet. Ken McArthur is also the creator of AffiliateShowcase.com, a pioneering affiliate program search engine and directory system and the founder of the MBS Internet Research Center, which conducted the world’s largest survey ever attempted on the subject of creating and launching successful information products.

Not satisfied to concentrate entirely on large organizations, Ken also works with select individuals to help them create a decent living utilizing the power of the Internet.

Ken was the official mentor for Sterling Valentine as he took his launch from ZERO to over $100,000 in less than 8 days. Ken and Sterling documented the process as a “proof of concept” for Info Product Blueprint a massive home study course that is the “bible” of info product creation.

Ken offers top-level coaching and mentoring programs designed to help individuals, corporations and non-profit organizations reach masses of people using the techniques, tactics strategies and systems that he has developed specifically to help people spread their ideas, products and services around the globe.